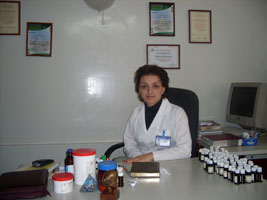 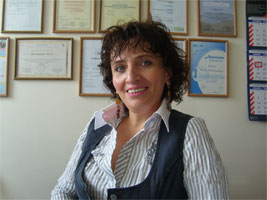 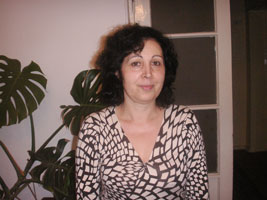 About homeopathy in Armenia

The development of the homеopathy, as a branch of modern medicine in Armenia goes back to ber 1993 when famous German homeopath Sabinе Zimmermann visited Erebuni medical center during her first visit to Armenia. After meeting with Director General of the Center Mr. Kushkyan S. Zimmermann started teaching homeopathy to the doctors of the Center.

S. Zimmermann paid her next visit to Armenia in spring 1994 and from that time onward she maintains close cooperation with her Armenian colleagues, visiting Armenia twice a year. She delivers lectures equally to the young and experienced specialists.

During these years S. Zimmermann has been accompanied to Armenia by highly qualified doctors-homeopaths from different countries, such as K. Hasper, M. Richter (Germany) and others.

In 1994, homeopathic school was established at the Medical Center Erebuni, which served as a basis for foundation in 1995 of the Union of Armenian Homeopaths. In 2000, the Union was renamed the Armenian Association of International Homeopaths, after its foreign partners expressed their commitment to join it as members. Mariam Gharabaghtsyan was elected President of the Association.

In 1995, S. Zimmermann in partnership with her colleagues and patients founded “Nor Arev” organization in Germany which is aimed at providing finance and promoting further development of homeopathy in Armenia.

The beginning of the 21st century opened a new stage in the development of homeopathy in Armenia. In 2000 by Doctor M. Avagyan within the National Institute of Healthcare the Chair of Traditional medicine was established, which included also homeopathy.

In November 2001, by order of the Minister of the Healthcare of the RA the specialty of homeopathy was included in the list of state medical specialties.

Currently, homeopathy is a part of the state educational curriculum, as post-graduate education within the National Institute of Healthcare. The duration of the course is one year. M. Gharabaghtsyan and S. Ter-Sahakyan are among Professors of the Chair.

In 2003, Armenia was included in the World Homeopathic Organization – the League (LIGA), the elected Vice-President of which is M. Gharabaghtsyan. Once a year she represents Armenia in the LIGA congresses which are held in different countries.